Featured OAT Student of August 2021
What should I do after getting a low score on my first practice test?
Pomodoro Technique - The Secret to Beating Procrastination
“There’s just so much Bio material! How do I get through it all?”
Organic Chemistry Lab Techniques

Are Certain OAT Test Dates Better Than Others?

OAT test dates are offered year-round through the Prometric test centers, but I recommend registering early – seats tend to fill up quickly and it’s common for the next available seat to be up to 2 months away!

The majority of students study for the OAT while enrolled in classes, in the summer between junior and senior year. They start studying around April and take the test in the summer, around June through August. It’s challenging, but it isn’t anything harder than what you’re going to do in optometry school; consider it a test run!

I’d recommend taking an easier course load during the semester if possible, and starting studying around late March, planning for a July OAT test date. That way you start studying while in school, then finish up finals, and can dedicate some time just to the OAT towards the end during the schedule. You can also reschedule the test to later in August if needed. It’s more important to take the OAT when you’re ready rather than early.

Lastly, the OAT exam is the same difficulty throughout the year; there is no advantage if your OAT test dates are during the summer or winter. 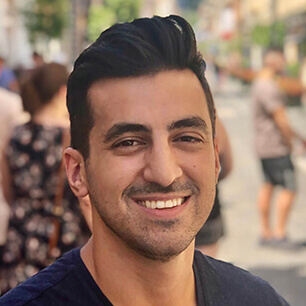